Curd is the Word! 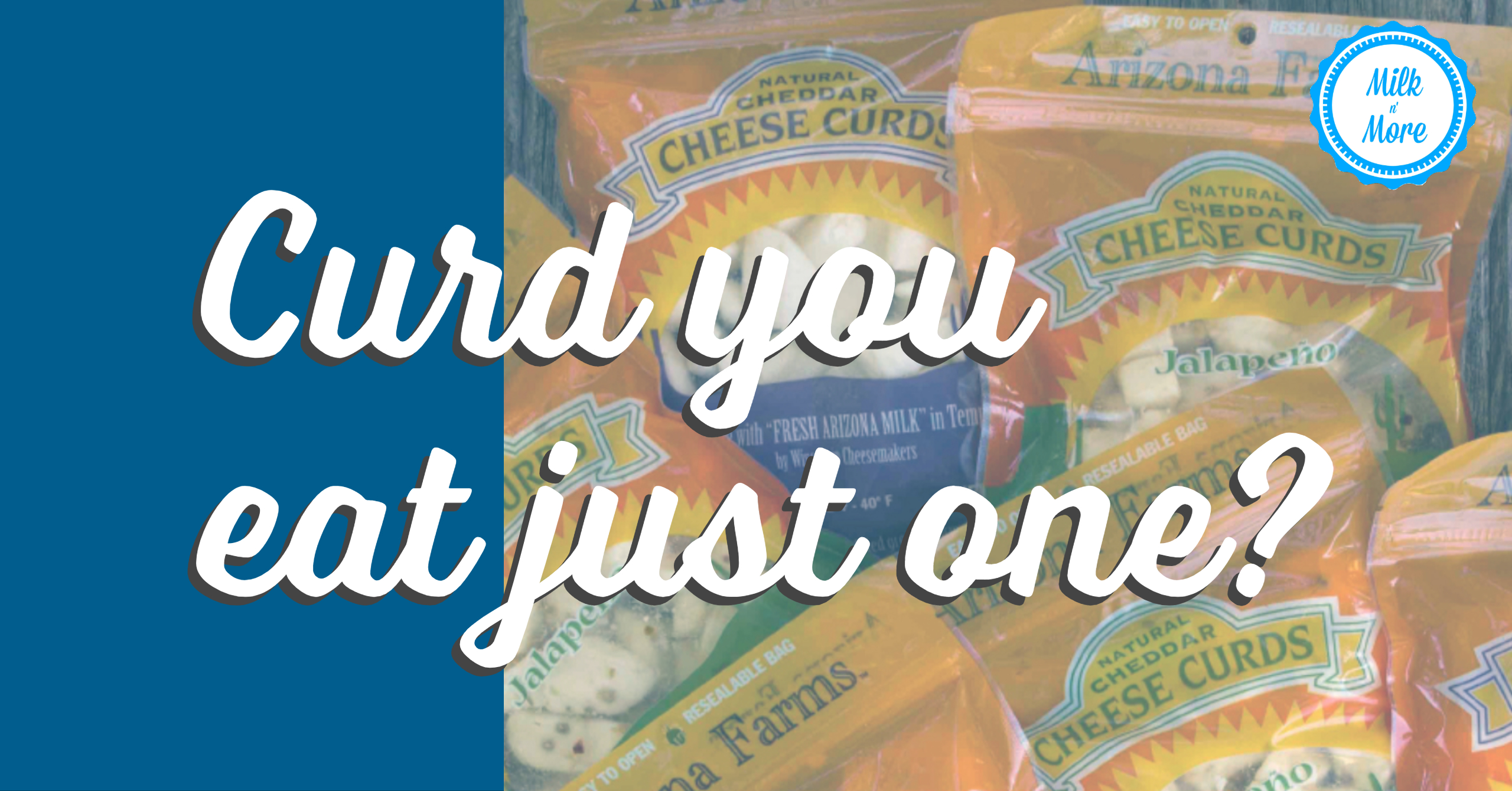 Crazy for curds? Lucky for us, UDA makes it easy to enjoy cheese curds throughout the year! Milk n More opened in 2003 and has been making cheese curds since 2009 and has proven to be a customer favorite and best-selling item.

Stop by Milk n More on Thursday afternoons after 1:00 pm and pick up a fresh bag of cheese curds minutes after they're done being made!