Cutting the Cheese for a Decade!

On this day in 2009 our cheese plant made it's first batch of cheese! Since then, millions of pounds of fresh Arizona milk have created many types of delicious cheeses.

Normally, cheese heads from Wisconsin only visit Arizona in the winter. We are glad they 'didn't melt' in the Arizona heat to partner with us and teach our cheese makers the 'art of cheese making'.

Since 2010 our modest cheese plant has 'matured' to the second largest blue cheese maker in the U.S..

To celebrate here are 10 interesting facts about cheese!

1. The first cheese factory in the United States was built in 1851 by Jesse Williams in Oneida County, New York.

2. The Pilgrims had their priorities straight. They brought "good cheese" with them for their journey on the Mayflower.

3. Cheese production started before recorded history. It is thought to have been discovered by accident while transporting milk in the stomach of ruminant animals.

7. There is a scientific formula on how to make the 'perfect' grilled cheese.

8. Hard cheeses like Parmesan, Swiss, and Cheddar contain very little lactose, which makes them easier to digest for people with lactose sensitivity.

9. Cheese is the No. 2 source of dietary calcium for Americans.

10. The average American will eat up to 1 ton of cheese in their lifetime. 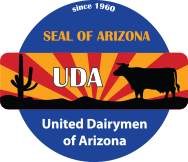